Our trip to the races 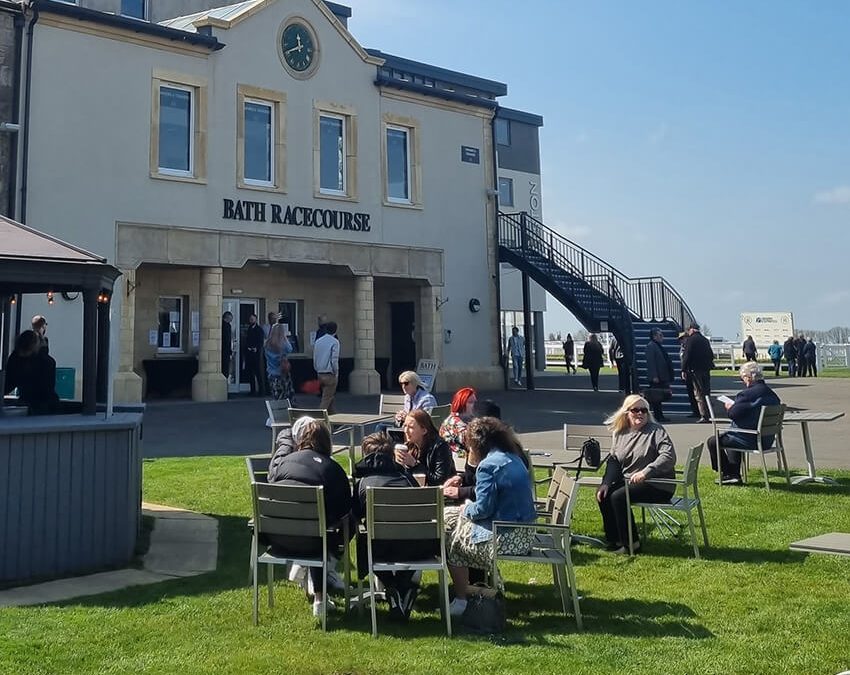 It may sound like stating the obvious, but here @ Spiny we believe in looking after our team as if they were our own.

We say we are one big Spiny family (with everyone being assigned their own family role!) and we couldn’t think of a better way to spoil, treat & thank our family for making the past demanding year so successful with a trip to the races!

That’s right – Charlie & Emma let us all loose and managed to bring us all back in one piece, albeit a few pennies lighter. I know we bang on about this a lot but we are so lucky to have such a great team that work hard to keep the Spiny cogs turning and we are incredibly grateful – it’s a pleasure to give back to them when they give so much to us.

The day started about 4 weeks before the actual day – outfit planning. This mostly involved the girls coercing the boys to “get their full glam on”, a.k.a. something other than chef whites or a t-shirt & jeans (non-work chef uniform for those not in the know). Many minds were blown, when the girls described in great detail the planning involved in such an event – getting nails to match the outfits, hair wash routines, etc. Sunday 24th April rolls around and we are all assembled outside Spiny in our finery ready to climb into the minibus and start the days festivities. Once en route to Bath Racecourse we had to start the day off in true Spiny-On-Tour fashion and have a glass of bubbly, or mimosa this time. (We 100% blame Aaron at Woodchester Valley for starting this tradition as every September when we visit the vineyard we are welcomed with a glass of pink bubbly just shy of 11am! It seemed rude not to honour it on this trip)

A short bus ride and there we were at the race course, noses pressed to the window like the first day of school. Shouts of “Who’s going to win the 1st bet?” and “is that a Pimms stand?!” echo around. We all spill into the course like over excited children and race around to find our hospitality box. Yes you heard that right – not only were we all very generously treated to a day at the races we were doing it in style with our very own box. It’s the Spiny Way, some of you, our customers, told us we had to do it!

Once settled into our seats on the top floor with a glass of bubbly and views of the finish line & paddock (sounds awful doesn’t it) we all got stuck into the race guide and picked our horses based on nothing but random choices and fuelled by pure excitement at the thought of going home with even a pound more than we came with.

The next few hours flew by with some wins (shoutout to Casey and her superstitious pre-race rituals!) and some losses (more about that later) and lots of loud shouting to “get on with it!!”

After a lunch sat looking out on to the sunny racecourse we decided to venture downstairs, away from our royal balcony, and try our luck betting with the bookies in the grandstand. Everyone got involved even if we had no clue what we were betting on or what the return would be – the thrill was enough! Many envious eyes were on us as we flashed our hospitality passes at the doorman and were let through to door to our exclusive box. If you’re going to do the races – you’ve got to do it right & we decided black tie and a box is the way to go. It’s also very useful to bring along somebody who actually reads up (about horses – not nail choices) before the event and has some good tips on which horse to bet on. Safe to say by the end of the day our head chef Ross had probably had enough of us swarming him to ask who he was betting on this race!

The penultimate race comes around – this is the one we have been looking forward to all day. We’ve had an insider tip from Spiny regular and owner of a racehorse leg or two, Terry, that the least favourite horse in this race could pull through. We decide to go all in and everybody chips in to put a bet on that would cash in well, nicely, let’s put it that way. The race starts, the tension is palpable, we are all on the edge of our toes on the balcony. The noise grows as the runners near the finish, we all scream loudly when our horse loses in such a wonderfully spectacular fashion it had to be applauded. Emma, who was at the back of the crowd and a foot or two shorter than everyone else, thinks we have won and starts to jump up and down and shout  “WE’VE WON” in a very excited fashion. Safe to say disappointment shortly followed.

So Terry, if you would like a table in the restaurant or something from the fishmonger, we are fully booked and have run out of fish. All the time. We are willing to throw you a pot of tarama from the window but that’s about it.

After the last race we all piled back on to the bus with everyone trying to total up their losses or gains from the day, I do have to admit it was mostly losses but we all gained a truly top day out and one to be remembered for a long, long time. We even inspired some longtime Spiny regulars (shout out the Lads!) to go to the evening races.

I’ll leave it to your imagination what happened when we returned to Bristol and were let loose on the local pubs, let’s just say a few gins were had, tales told and kitchen disco’s initiated. 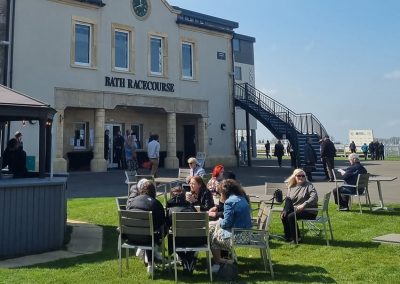 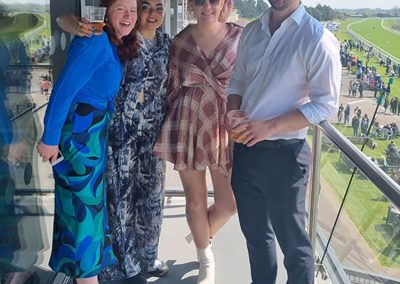 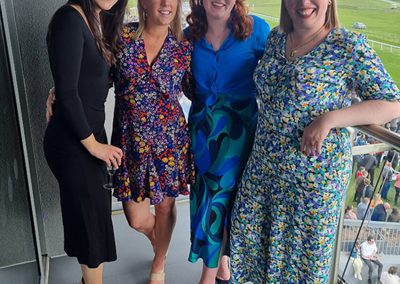 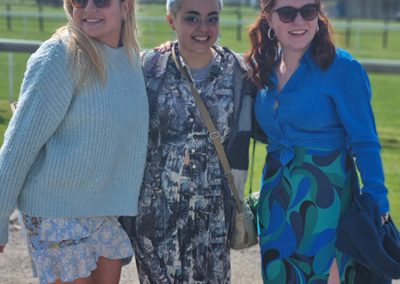 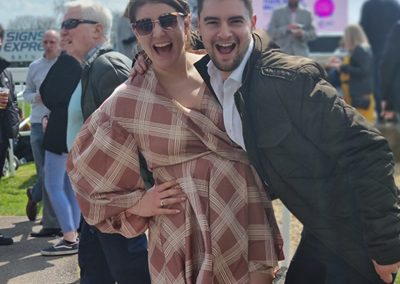 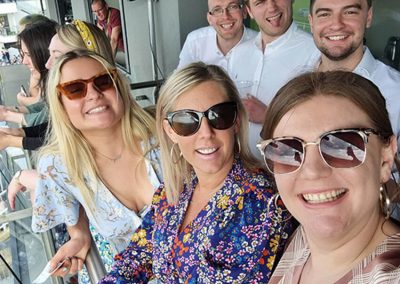